Saturday was ‘Friends Day’ at The Crask. It started with a Eucharist during which +Mark Confirmed Matthew, who had apparently been dodging it for about 20 years:-).

The service was as always followed by lots of good food and fellowship. Thank you +Mark and of course Douglas and Denise.

This month’s Thursday Service will be on September 15th at Noon and after lunch, to mark the Season of Creation, there will be a service of Stations of Creation around the grounds.

All are very welcome.

On August 6th our young episcopalians celebrated The Transfiguration with a day full of crafts, games, den building and other activities at St Trolla’s Church at The Crask Inn. We learned about the story of The Transfiguration of Jesus and explored what the story was saying about Him. Special thanks to Beatrice, Elizabeth and Peter who came along to help us. Take a look at the gallery below to see what we got up to!

The last Crask Newsletter was in February 2020, just one month before the Covid pandemic was announced.

This Crask Newsletter provides an update on the two years of challenges and opportunities since then.

One particular event that you may be interested in is the

You are all warmly welcome.

if anyone wishes to stay on for a buffet (£18 / head) and music night.

For catering reasons please let us know if you can attend

Bishop Mark will celebrate the Eucharist

at 5pm on Saturday 2nd July

Today, on the Feast of Ninian of Whithorn, the 3rd Thursday noon service at the Crask restarted – and a joyous occasion it was too. We offered praise for creation and the congregation of sixteen were in fine voice accompanied by Mike on the keyboard. Afterwards as usual, we shared lunch together.

A huge thank you to Douglas and Denise, hosting us a couple of hours before they set off on holiday, and to Michael, John and Mike. It really was good to be back.

The intention is to hold services on 3rd Thursday of each month whilst conditions allow. Because numbers are restricted, there is a booking system in place – please contact James if you wish to attend one of these services.

Thirty five people crammed into the bar at the Crask for the annual Crask Carol Service on Saturday.  They enjoyed a wonderful selection of Carols and Readings and afterwards lovely refreshments.  Thanks to Kai and Mike for the service and to Douglas, Denise, John and Michael for the refreshments and to the readers and everyone who came and sang so well.

Come and enjoy a day’s retreat exploring how to pray with God through Creative Expression – led by: 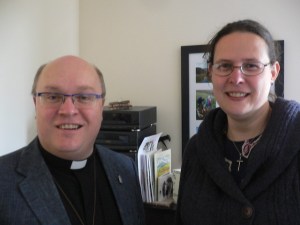 Curiosity is all that’s needed.  No prior artistic skills are required; just enthusiasm and a willingness to explore more of who you are in God.

A guided day retreat including music and prayers inspired by the work of the Taizé Community – led by:

Under the name Running Home, Mark is running pilgrimage routes across Scotland and the North of England to raise money and awareness about the challenge that Iraq’s Christians face as they try to rebuild their country after war.

As Embrace starts supporting Christian-led projects in Iraq for the very first time Mark hopes as many people as possible will get behind him in this epic challenge.

From Maundy Thursday until Holy Saturday (18-20 April) Mark is running from Bettyhill to Poolewe along St Maelrubha’s Pilgrimage route, calling at the Crask Inn and the Christian Communities  dedicated to St Maelrubha in Lairg and Poolewe along the way. 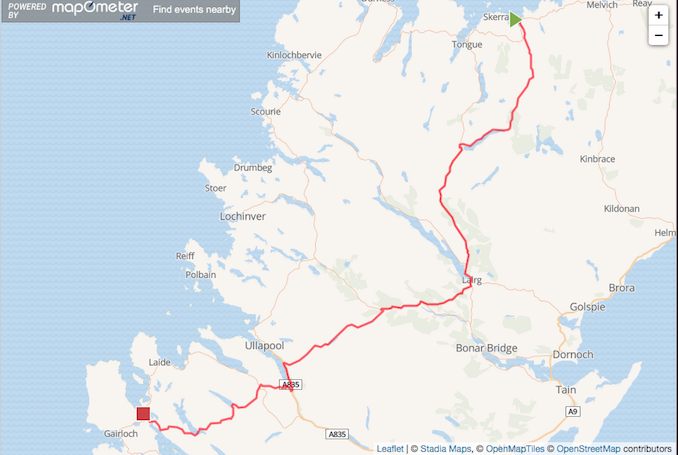 … that’s just 113.5 miles, which isn’t far is it:-) Sadly James had another engagement and wasn’t able to join Mark on his Good Friday run from Lairg to Dundonnell, but was in Lairg at 7:30am to pray with him and see him on his way.

If you wish to help Mark’s fundraising efforts, you can do so via this page.

If you want to hear more, Mark will be speaking during the Service at Dornoch Cathedral on Easter Day at 6:30pm. 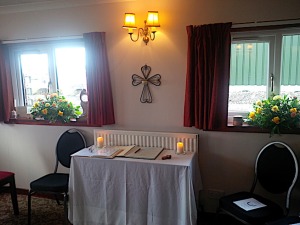 It may have been raining and blowing a gale, but today we made history at the Crask, as we solemnised the first wedding there since it was dedicated as a ‘Church’.  A gathering of just over 40 helped Susie and Ian to celebrate their marriage, coming from as far afield as Minnesota and Devon.

It was a wonderfully friendly gathering and, with that number of family and friends packed into the dining room for the service, a pretty intimate occasion. 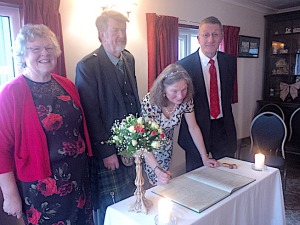 If it had been last week, there would have been a foot of snow, but since much of that had thawed, there was at least enough space to park the cars and also the camper-vans that a number of the congregation are staying in tonight after the Ceilidh.