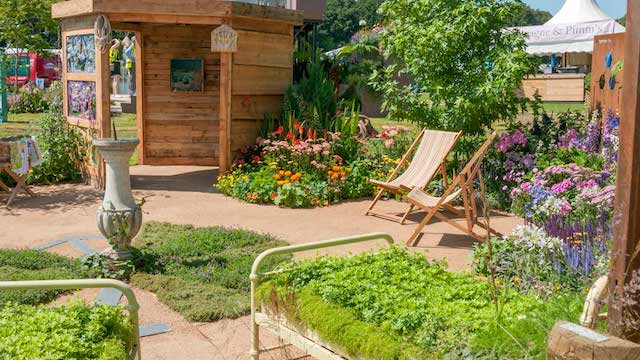 We spent one day this week at the Royal Horticultural Society show at Tatton Park in Cheshire. We were surrounded by the many splendid creations of some of the UK’s finest garden designers. By the time that you read this, the gardens that they worked so lovingly on may well be just a memory, all cleared away with the place where they once were, returned to parkland. For me, there was an artificiality in the gardens, that were put together very cleverly to look ‘mature’, but which if left would probably have looked rather different in a few weeks, when the blooms, timed to perfection, had passed their best.

As the writer of the book of Ecclesiastes says:

“What has been is what will be, and what has been done is what will be done;
there is nothing new under the sun.
Is there a thing of which it is said, “See, this is new”?
It has already been, in the ages before us.
The people of long ago are not remembered,
nor will there be any remembrance of people yet to come
by those who come after them.”

There was a garden that in a way acknowledged this reality. It was a garden called ‘Remember Me’ which was created to support the Mid-Cheshire Hospitals ‘Everybody knows Somebody’ dementia appeal. The garden focused on evoking memories and was designed to spark memories of the past and trigger communication between those with dementia and their family and carers.

The planting itself represented the deterioration of memory. At one side there was bold colourful drifts of planting reminiscent of the 1960s and 1970s, but as one moved around the garden, the planting became more muddled with the colours becoming more muted with only flashes of bold colour representing the occasional recollection, finally a jumble of wild flowers and ‘beds’ of woodruff and camomile. The whole planting symbolising the dementia journey, right through to full-time residential care.

My experience of the RHS show at Tatton has set me reflecting on the ephemeral nature of earthly things and then on what lies at the heart of our existence, on what is not ephemeral. As people of faith, we believe that only God is eternal and that those things that really matter are the things of God. And “God so loved the world that he gave his only Son, so that everyone who believes in him may not perish but may have eternal life.” as John says in his Gospel.

But for a rather fuller description of our lives and how they fit into God’s purpose, we could do a whole lot worse than go back to the writer of Ecclesiastes:

“I have seen the business that God has given to everyone to be busy with. He has made everything suitable for its time; moreover he has put a sense of past and future into their minds, yet they cannot find out what God has done from the beginning to the end. I know that there is nothing better for them than to be happy and enjoy themselves as long as they live; moreover, it is God’s gift that all should eat and drink and take pleasure in all their toil. I know that whatever God does endures forever; nothing can be added to it, nor anything taken from it; God has done this, so that all should stand in awe before him. That which is, already has been; that which is to be, already is; and God seeks out what has gone by.”

Ultimately people don’t remember, but God does and that is a cause for hope, for joy and for peace.