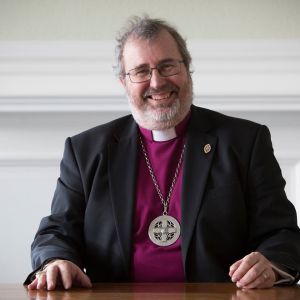 Dear Friends across the Diocese.

I hope you are all continuing to remain safe and to support each other at this time. I have delayed sending out this letter until we had heard when Phase 2 of the Scottish Governments would begin and what changes may have been made during our continuing conversations with them.

The material you may have seen last week about Churches reopening for Individual prayer, was written with some knowledge of what was going to be announced but even this morning some slight changes in the official communication have required an update from us. I know for some this is annoying and confusing but please remember this is an ever changing process.

I met with the Incumbents of the Diocese this week and they have spoken with me about the possibility of opening for private prayer and the difficulties that creates, can I please remind you all that just because we can doesn’t mean we should.

A number of churches in the Diocese have already indicated that it would not be possible for them to open at present, not least the issue of a one way system. I thank them for the obviously difficult decision and I and the Dean will await questions and paperwork from others.

I have continued to be uplifted by the contribution so many people are making to the ongoing life of our congregations and communities, worship in so many formats, telephone calls, letters, Zoom meetings. I have enjoyed popping in and out of services as I have enjoyed creating worship for the Province and on my own pages – and before you ask, I have destroyed all the outtakes!!

Last week we celebrated a number of Feast days, we kept St Columba on the 9th June and it was good to have representatives from our three St Columba’s (Nairn, Grantown on Spey and Brora) joining me on the Provincial service on Sunday. On Thursday we celebrated both Corpus Christi and St Barnabas. St Michael and All Angels in Inverness celebrated Corpus Christi and I had the privilege of preaching by video at the Evening Mass. The Ministry of the Word service for St Barnabas was led by the Ministry team in Caithness with some lovely photographs of the area in the background. Can I thank all involved in these services, which are all available on Facebook and Websites.

Our Church also remembered the two John Skinners on 12th June. John Skinner, Priest and his son John Skinner the Bishop. John snr was Rector of Longside in the Diocese of Aberdeen for 65 years, he was both a notable historian and poet. During the penal laws he was imprisoned for 6 months for conducting worship, his son shared his imprisonment. That son became incumbent of Longacre Chapel in Aberdeen and he also became Bishop and Primus . It was +Skinner who presided at the consecration of Samuel Seabury as first Bishop of USA (in the Longacre Chapel) an event that paved the way for the Anglican Communion. +Skinner also worked tirelessly for the repeal of the Penal Laws which was achieved in 1792.
Saints this week and next

This week we remembered Bernard Mizeki who is remembered as the Apostle of the MaShona of Zimbabwe. Bernard was and evangelist and a translator who was murdered and became renowned as a martyr and recalled as a witness to the Gospel of Christ.
Saturday 13th is the day we remember St Fillan who was a solitary at Pitenweem before becoming the abbot, he later resigned and went to live in Glendochart. His relics were revered in Scotland and played an important part in Scottish history.

Next week is busy;

Thoughts from the Bishop

In two weeks’ time I will hand the responsibility of the Diocese of Glasgow and Galloway to Bishop Kevin, I was looking back in my diary at the time I have spent with Glasgow but I also looked at my time with the other dioceses in the past few years.

I became Interim in Glasgow in Oct 2018, about 5 weeks after completing my work with the Preparatory Committee of Brechin which has flowed into my time with the Diocese of Aberdeen and Orkney which started in Sept 2016. Nearly four years, I am so looking forward to being in the diocese without having to keep rushing off. I will be running the Electoral process in Argyll and The Isles but not looking after the diocese.

So I have kept as many Sundays free as I can from whenever we can meet in Church until the end of 2021, so look out, when we are our of lockdown, I will be round.

Blessings and many thanks for all you are doing.